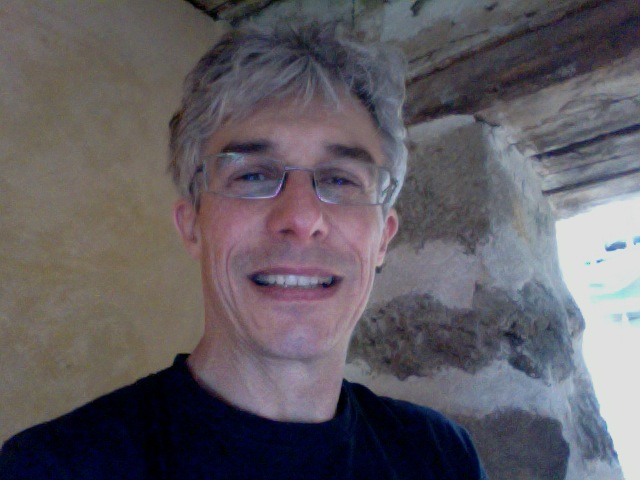 When I arrived in Peyrusse in 2006, I wanted to be helpful in my new county and make available to the population all the skills I acquired in the sound and musical sphere. The need for a structure on which to rely on to development the project was felt. That’s why, in January 2008, we created with a group of people the association “Le Fracas des Volcans” !

That of the acousmatic music I trained with Denis Dufour (GRM) at CNR Lyon, and that of contemporary intrumental and vocal music with real-time computing devices at CNSMD Lyon with Philippe Manoury (IRCAM).

I worked classical ballet at ESEC Paris, and contemporary dance in Susan Buirge’s studio, by Joseph Russillo. Then, I approached the choregraphy with Quentin Rouiller creator of the company MOEBIUS who choregraphed a duet with Carolyn Carlson, both from the current created by Alvin Nikolaïs.

During a few years in Lyon, I composed teachning instrumental works and have harmonized for mixed choir many french songs with accompaniment or orchestration and staging.
I had to fill the roles of choirmaster and artistic director.

Director and creator of artistic holiday centers, I worked on the awakening to creation and realization for many young teenagers in the fields of rock music, video, dance, and street arts.

Based in Cantal since 2006, I am a project leader and development manager within the associative cultural structure “Le Fracas des Volcans”, of which I am one of the creators.

My work as a composer was quickly inspired by the Cantal landscapes. My creations “in situ” in connection with the built or natural heritage of Cézallier approach as much to those who know places as those who discover them. My musical and sound compositions stimulate active listening and invite the imagination of everyone to dare to adventure.

Today, I am working on a new concept that I Call “Oeuvre Interface Nomade”.

It is a personal approach around the idea of composing a work with an open form such as a tree. The listener by the gesture, the touch and his musical intention, remains free to discover it at his own pace and in his own way. The polyphonic dimension is emancipated and amplified by the musical intensity of the multiple actions of the listeners, within the pre-established framework of a composite organization. These works have vocation to be able to settle everywhere even in full nature to the meeting of the public.